Anecdotally at least it appears that the induction of kids into the drag-show culture is the work of fleshy, trashy, white females ~ilana

Is anyone going to say IT with clarity and precision, while providing some context and admitting to the methodological flaws of the assertion here? Of course not. Allow me, then:

Who exactly is inculcating kids into lewd drag shows? Granted, in no way do images constitute a critical-mass of evidence as yet. But take a closer look. Anecdotally at least it appears that the drag-show induction is the work of fleshy, trashy, white females.

Who is turning innocent children into the captive audience and playthings of perverts? Mommy Dearest. She gets off on drag, and drags kids to sex shows. Here I see very few blacks, lots of large, enthralled white women and a few girly white boys. 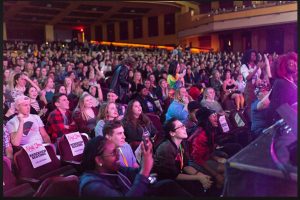 In the words of, well, I wonder who?

“The Democrats are dominated by demonic females who rage as though permanently on the rag.”—ILANA Mercer, “Say It! The DemonCrats Are The Party Of Perverts,” October 27, 2022

Progressive females “have not a bad word to say about turning school children into the captive audience and playthings of perverts and ethnocidally antiwhite agitators, posing as educators. ~ilana, “Say It! The DemonCrats Are The Party Of Perverts,” October 27, 2022

“Demented, intersectional, social-injustice succubae overcrowd the Democratic Party and its media phalanx. The Democrats have only normalized and streamlined their dystopian operation. This is a party that stands for loosing robbers, rapists, killers and perverts on the land~ilana, “Say It! The DemonCrats Are The Party Of Perverts,” October 27, 2022 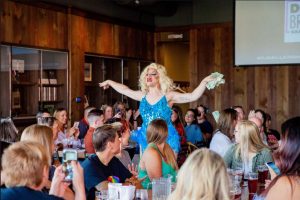 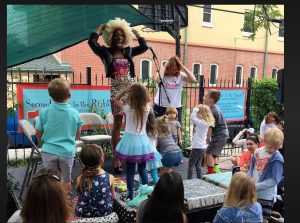