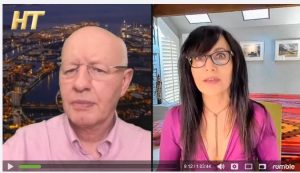 NEW COLUMN is “Hard Racial Truths About WHO Trudeau And Biden Despise.” It is on WND.COM and The Unz Review.

… Conservatives persist in pretending the Canadian Convoy for Freedom, which has served as a lodestar for liberty lovers across the West, was purely class-based and a multicultural affair. The anti-white impetus convulsing the Anglosphere continues to be a blind-spot papered-over on our side, although it is an unspoken reality.

We believe that the crackdown in Canada is antiwhite in essence and that such an assertion is axiomatically true. Was it not self-evidently clear every time the camera panned out? Put it this way: Do you think Trudeau would have boiled over with such bile as he has done, bringing the full weight of the Security and Surveillance State down upon these good, hard-working trucker families if this protest were brown and black in sizeable numbers? Please!  …

… Do you think that the “man,” Justine, would have labeled and libeled the truckers as racists, extremists, misogynists, insurrectionists and confederate sympathizers if a good chunk of them were brown and black? Neva! In operation is the bias that dare not speak its name—for to finger antiwhite racism is itself considered racist.

… READ ON. “Hard Racial Truths About WHO Trudeau And Biden Despise” is on WND.COM and The Unz Review.

UPDATE (3/24/022): Now this is what is meant by a strong woman—Christine Anderson, clearly a phenomenal woman, in the sea of mindless mediocrity that is womanhood—upbraids that excuse for a man, Trudeau, in the European Parliament. (Forgive my typo on “an eloquent.”)

#Trudeau, "You are a disgrace to any #democracy. Please spare us your presence" here in the #EuropeanParliament.
What a eloquent, and powerful lady is #ChristineAnderson. Please will you represent the #Deplorables of America, too. ?? https://t.co/Bgo39PojXF