Here is the segment:

Jeff Crouere is a native New Orleanian and his award winning program, “Ringside Politics,” airs nationally on Real America’s Voice Network, AmericasVoice.News weekdays at 7 a.m. CT and from 7-11 a.m. weekdays on WGSO 990-AM & Wgso.com. He is a political columnist, the author of America’s Last Chance and provides regular commentaries on the Jeff Crouere YouTube channel and on Crouere.net. For more information, email him at jeff@ringsidepolitics.com

In his cameo appearance before the US Congress, the Z-Man deftly drew on all the cliches of American life in the shallow end:

Volodymyr Zelensky vaporized about democracy [“it made us dumb“], our values [“in the classical conservative and libertarian traditions, values are private things, to be left to civil society—the individual, family and church—to practice and police“], and MLK (Martin Luther King), offering his incoherent, bizarre twist on the “I have a dream” U.S. ubiquity:

“I have a dream. I have a need. I need to protect our skies. I need your help, which means the same you feel when you hear the words I have a dream.”

Translated: When the Z-Man tells you he needs your help, you should feel the same as when you hear MLK’s “I have a dream.” Or, something.

I have a dream. I have a need, too, Mr. Z. Some quid pro quo, perhaps? The following is as true as when I wrote it in 2011, during the Egyptian Lotus Revolution. This from “Frankly, My Dear Egyptians …“:

‘I know nothing so miserable as a democracy without liberty,’ wrote Alexis de Tocqueville in the mid-1800s. He speaks for me. I find myself unable to get lathered-up about democracy for others, while I live in the democratic despotism that contemporary America has become. …

…More often than not, Americans who yearn for the freedoms their forbears bequeathed to them are labeled demented and dangerous. I’ve yet to hear liberty deprived peoples the world over stand-up for the tea-party patriots. When they do — I’ll gladly galvanize on their behalf.

Put it this way, if the American people (an inchoate meaningless phrase I countenance here for the sake of argument) were threatened by an invasion—American leaders would hold court from their safe rooms and underground luxury bunkers and give cheery addresses (in syntax as fractured and similarly studded with non sequiturs), while the bombs fell ON US.

#TuckerCarlson Throws Down with #GOPer #MariaSalazar Over #Ukraine: He got in the, "I’m Not Gonna Take the Anti-Communist Lecture from Anybody!" For the rest, this fool of a foghorn screamed her words over his. What low IQ asses we elevate in the UShttps://t.co/hnQGv7so1D

THE POWER OF PROPAGANDA: Via Pew: "36% of Republicans and 35% of Democrats willing to risk #AtomicWar with the nation with the world’s largest stockpile of nuclear warheads" (#Russia) for #Ukraine.https://t.co/Am9WV5wiwl

Cite Pew Research via RT–and US State Media (Twitter) slaps a warning on your tweet.
A Twitter warning against anything appearing on 'Russian state media' (even if American-generated) IS GOOD PROPAGANDA, bc it comes via #Twitter, in service of the US Permanent State ? https://t.co/ne4YTyBGJv

Russian central bankers and economists have been hobbled by absorbing their American counterparts' theoretical dogma. Wow. Intellectual rot will make #Russia fail at achieving self-sufficiency, which is doable, says PCR:https://t.co/Rk86eQpJ97

Are we allowed 2 say? #StepanBandera was a Nazi Ukrainian, consecrated as a patriot saint of Ukraine. 'Apart from a handful of Righteous Gentiles, many #Ukrainians hunted down Jews, turned them over to the Nazis, even murdered them with their own hands'https://t.co/GElmaXc6Q7 https://t.co/jpg6awv6mK

Notice the inverted values: To me, a leader who doesn't plead for the lives of his people is a failed leader. But to the American Jacobins & their #Ukrainian Zelenskyite puppets, TALKING 'OUR VALUES' is all it takes to make you a good leader.#Zelensky & #Biden = failed leaders https://t.co/YVG6e3tDkN

#Ukrainians are stopping "suspicious" people in the streets demanding their papers, giving them a hard time, in search for what they call #RussianSaboteurs. Canada and the US do it so it must be a legit #democratic practice. https://t.co/qQJ7Dmn8Fr

This is how Ukraine and Russia were discussed pre-2022.

Share this with your liberal and neocon friends and family members.

A prediction: You heard it first here. This is my opinion and I could very well be wrong—but I postulate the following based on deductive faculties that have served me thus far in observing The Empire’s workings:

Based on observing The Empire’s workings over decades, I’d hazard that President Volodymyr Zelensky is probably being fiercely guarded by Americans, possibly by a private, paramilitary security company. Something like Sean McFate’s DynCorp outfit, or Russia’s Wagner Group. Or even perhaps  Ukraine’s own Einsatzgruppen (Hitler’s death squads) the Azov regiment.

MORE in support of my assumption, for that is all it is, is a revelation of some of the plans his American puppet-masters’ have for Zelensky, via NBC:

WASHINGTON — Biden administration officials have discussed plans with the Ukrainian government for President Volodymyr Zelenskyy to leave Kyiv in the event of a Russian invasion, according to two people familiar with the discussions.
Under a plan that’s been discussed, Zelenskyy would relocate to Lviv in western Ukraine, about 50 miles from the Polish border, the people familiar with the discussions said.

My opinion—it’s so far merely a solid guess—is bolstered by Zelensky’s relaxed, cocky  showman’s state-of-mind—bolstered as it is by wild Western reinforcement of the Ukrainian leader’s bloody bravado.

“Bloody” because of the inverted values with which the Empire has blanketed the Russia-Ukraine conflict:

To normies, a leader who doesn’t plead for the lives of his people is a failed leader. Diplomacy, negotiations, cease fire: that’s the nomenclature clear-thinking people wish instinctively to hear when they see the immiseration of Ukrainians and their cities.

And, no. So far, Zelensky has arrogantly and publicly told a military superpower, Russia, to, “hold peace talks now or suffer for generations.” That is not diplomacy, but provocation.

Why, the Hebrew Testament (while “Old,” it’s never out-of-date; hence “Hebrew”) is festooned with examples of leaders pleading—even bargaining with God, as Abraham did so ingeniously over Sodom and Gomorrah—for the lives of their people. Queen Esther did the same before King Ahasuerus (or Xerxes); Moses petitioned Pharaoh for his people, and so on. That’s what real leadership is about—uphold and fight for the people’s natural right to FUCKING LIVE.

By these criteria, Zelensky and Biden are failed leaders.

To the American Jacobins and their Ukrainian Zelenskyite puppets, TALKING ‘OUR VALUES’ is all it takes to make a good leader. Talk the neocon talk.

'When politicians pule a/b the values that make our country great,' they mean multiculturalism, pluralism, wide-swung borders, Islam as peace, communities divided in diversity, and a a living, breathing, mutating Constitution that mandates all the above.'https://t.co/FYrnoTB2So 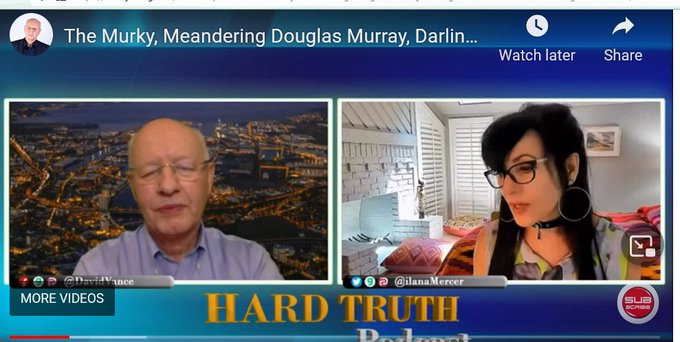