‘Whereof one cannot speak, thereof one must be silent’ ~ Ludwig Wittgenstein

This is rich! (In-hysterics emoji)

Against the backdrop of the retirement of the superb Patrick J. Buchanan, some cipher—that’s a melodic word for a zero, a nobody—at The American Conservative, which I recommend avoiding like spam for penis extensions, one Declan Leary declares that Pat Buchanan “was not a great writer.”

Let’s see: A nullity, Declan Leary, implies Buchanan was a mediocre writer, and does so while writing—nay embodying—mediocre, nondescript prose. I’m in stitches here.

Leary is still a pipsqueak, but you don’t grow talent. You either have it or you don’t. It is self-evident that Leary’s prose is never going to be anything but nondescript. (Experience Declan for yourself in “Against ‘Buchananism.’”)

I do declare that Declan Leary is engaged in something of a performative contradiction.

“Whereof one cannot speak, thereof one must be silent,” said Ludwig Wittgenstein, a great analytic philosopher.

*Lawrence Auster and I were first to denounce the American Conservative.

NEW COLUMN is “The Hell With Hunter; Call Joe In For Hearings On Treason, Cancel The Neocons While You’re At It.” It is featured on The Unz Review, WND and The New American on Friday.

The Republicans are investigating the Hunter “Baaaden” affair, to imitate the repetitive intonations emitted by Fox News’ Australian journalist, about the ‘Baaaden’ laptop.

Deplorables, don’t be misled into this dummies-and-ditto-heads dead-end. This is vintage lightweight, GOP tit-for-tat distraction, on par with the Democrats’ ongoing January 6 production.

The Hunter Biden preoccupation amounts to, “They (Democrats) do January 6; we (Republicans) hack away at—or hit back with—Hunter Biden’s laptop from hell.”

The outcome: The Democrats get what they want: détente. They neuter Deplorables, sending us down a political rabbit hole.

We gain nothing from such a foray. It’s zero-sum for Deplorables.

Legal scholar Jonathan Turley, whom I respect, disagrees. Turley, understand, operates within the philosophical parameters of the state. By and large, he believes in the extant integrity of American institutions, even confident that one party is more righteous than the other. When out-of-sync, the good party led by the right people, or so the good professor imagines, is sure to right wrongs through a congressional committee.

Wrong. Not for nothing do we call it the Permanent State, fronted as it is by evil and stupid-party operatives.

Correctly so, the matter of the FBI’s endemic corruption and bias has been settled both in the minds of deplorables and by the objective facts. (FBI Director James Comey anyone? Director Christopher Wray?)

If the GOP were seriously working for Deplorables, and not engaged in tit-for-tat political gotcha—they’d pursue First Principles driven congressional oversight.

Duly, Biden would be summonsed for a hearing charging that by intentionally, and as a matter of policy, leaving the Southern border wide-open and unguarded—in effect inviting the world to invade our country—the president is willfully flouting his constitutional obligation to protect Americans from foreign invaders, and is thus committing treason.

The obligation of a Republican congressional majority is to pursue oversight by investigating and prosecuting a flagrant violation by the president of his constitutional obligation to defend the United States and its people from foreign invasions.

That the incoming Republican congressional majority is already falling flat, opting for showy politicking, instead of a solemn focus on Biden’s treason against his people, is all the more jarring given the GOP’s abject failure to deliver as promised in the 2022 midterms.

Other predictably ominous signs were on display at a recent Republican Jewish Coalition conference, where some Republicans who ought to disappear reappeared …

… THE REST. “The Hell With Hunter; Call Joe In For Hearings On Treason, Cancel The Neocons While You’re At It” is featured on The Unz Review, WND and The New American on Friday. 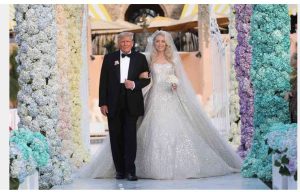 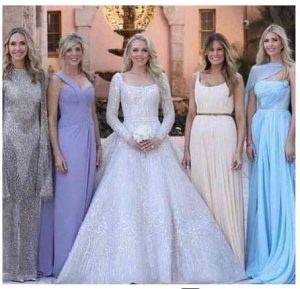 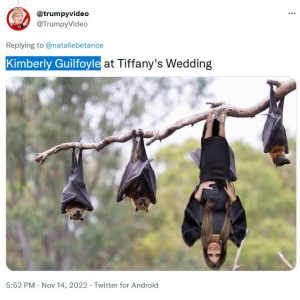 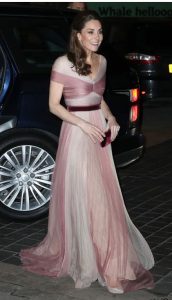 In the latest Hard Truth, David and ilana highlight the out of control tyranny of the Democrats exemplified in Biden’s Philadelphia hate speech, 2nd September, in which he identified 80 million Trump voters as domestic terrorists. ilana highlights the supine response from the Establishment GOP which fails to confront Biden’s hate speech and in many ways colludes with it against MAGA. At a time when young white kids are being beaten to a pulp in the classroom by a core Democrat supporter base, GOP cucks wring their hands, look away, and whine about “gasoline prices and inflation.” The tragic irony is that the US is being turned into a place where criminal aliens are gifted with civil rights lawyers, as January 6th political prisoners are left to rot behind bars. And that’s a very hard truth indeed.