In the latest Hard Truth, David and ilana highlight the out of control tyranny of the Democrats exemplified in Biden’s Philadelphia hate speech, 2nd September, in which he identified 80 million Trump voters as domestic terrorists. ilana highlights the supine response from the Establishment GOP which fails to confront Biden’s hate speech and in many ways colludes with it against MAGA. At a time when young white kids are being beaten to a pulp in the classroom by a core Democrat supporter base, GOP cucks wring their hands, look away, and whine about “gasoline prices and inflation.” The tragic irony is that the US is being turned into a place where criminal aliens are gifted with civil rights lawyers, as January 6th political prisoners are left to rot behind bars. And that’s a very hard truth indeed.

LinkedIn is an intellectual desert like any other social media platform, where adults, ostensible grown-ups, ooze over the vacuous, rah-rah of silly children, waxing fat over the unfettered freedoms enjoyed in the USA.

Yeah, I like the word flaccid, as my friends keep noting. There is nothing like it to conjure how floppy is conservatism and its ordinary consumers. Thought mediates action. If you cannot conceptualize and think clearly about freedom (or lack thereof)—you can’t fight for it.

What utter drivel, on the facts. Consider: As a dissident writer over 23 yeas, my written speech would be less imperiled in Putin’s Russia than it is in the USA today.

Have the Panglossians among us heard about financial de-platforming, en masse? Speech restrictions? Has the tom-tom drum passed on the news that some of my colleagues struggle to find a bank with ease?

We have just lived through three years during which the Pharma State has consolidated power as never before. On pain of taking the Covid jab, the state has de facto established license to shutter a subject’s business, deny him freedom of movement, quarantine, fire, and separate him from loved ones. Under Republican and Democrat reign alike.

Arrests of political opponents without due process have become more common in police state America than in Apartheid-era South Africa (which, as chronicled in “Into The Cannibal’s Pot,” was surprisingly legalistic and by-the-book).

The American Administrative, Surveillance and Security State is the most powerful and feared in the world. Ask the greatest libertarian alive, if barely: Julian Assange. 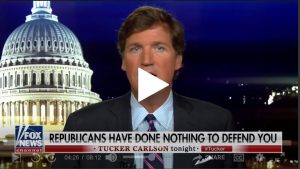 ON HARD TRUTH this week, David Vance and myself are joined by a fearless and learned dissident scholar, DR. BOYD D. CATHEY, for a wide-ranging discussion on the US plan to bleed Russia dry. While the Americans, from their Ukrainian-manned vantage points, seem willing to fight to the last Ukrainian; Russian Foreign Minister Sergei Lavrov has vowed that Russia “would never accept the global village under the command of the American sheriff.”

Some breaking developments come to me about little Jasper, who cameos at the end of our broadcast with Boyd: Jasper has begun to lord it over Boyd something fierce due to his new, if modest, video fame! Last night he demanded filet mignon and Boyd had to relent and give him a sizable portion of his supper! Oh, well, that’s what we pet lovers must do…. Here is Oscar-Wood, Mercer parrot, surveying the new building materials–aluminum & glass–for the kitchen cabinets, on which he has been “working.” https://twitter.com/IlanaMercer/status/1517976224831721472.

BOYD D. CATHEY earned an MA in history at the University of Virginia (as a Thomas Jefferson Fellow), and a doctorate in history and political philosophy at the University of Navarra, Pamplona, Spain. He did additional studies in theology and philosophy in Switzerland. He was State Registrar of the North Carolina State Archives before retiring in 2011. He writes for The Unz Review, The Abbeville Institute, Confederate Veteran magazine, The Remnant, and other publications in the United States and Europe on a variety of topics, including politics, religion and culture.

BOYD On The Unz Review: https://www.unz.com/article/the-illusion-of-liberal-democracy-americas-long-record-of-destruction-continues/