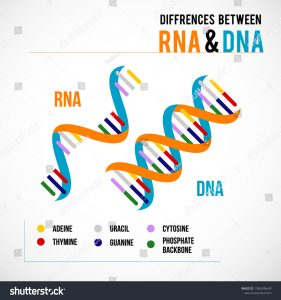 From a peer-reviewed journal article, published in January 2018, I scatter below for your edification a candid, matter-of-fact documentation of known reservation about the mRNA vaccines, intended for healthy individuals.

Clearly, “science” was freer as recently as 2018, in credible medical journals, and prior to the consolidation of a consensus around the SARS-CoV-2 vaccines, a consensus driven by the COVID cartel.

“… recently published results from two clinical trials of mRNA vaccines for infectious diseases were somewhat modest, leading to more cautious expectations about the translation of preclinical success to the clinic… .”

A possible concern could be that some mRNA-based vaccine platforms induce potent type I interferon responses, which have been associated not only with inflammation but also potentially with autoimmunity167,168. Thus, identification of individuals at an increased risk of autoimmune reactions before mRNA vaccination may allow reasonable precautions to be taken.

I think I distilled the main concerns. But do READ:

The “vaccine hesitancy” pejorative is an attempt to demonize clear thinking and reasoning.

Apropos the COVID-19 vaccine: Not one TV ego in an anchor’s chair has had the intelligence to ask about longitudinal studies.

“The creation of a vaccine involves scientists and medical experts from around the world, and it usually requires 10 to 15 years of research before the vaccine is made available to the general public. [HERE]

There are none! The Covid vaccines are just too new; they were rushed to market. I’m all for well-tested vaccines. (Especially when liability is attached to the manufacturers. This is not the case with Covid-vaccine manufacturers.)

Then there is the Covid variants saga. It is clear to anyone with a critical mind thinks Covid vaccines will go the way of the flu vaccines: An annual affair if one chooses to make it so, because of the natural mutation these clever RNA strands undergo.

Who predicted that, above, on 03.23.21? The same person who urged you to wear the N95 mask, on 3/5/020, when St. Fauci was cautioning you against protecting your life with a mask (for which that man should stand in the dock).

The planet could have a year or less before first-generation Covid-19 vaccines are ineffective and modified formulations are needed, according to a survey of epidemiologists, virologists and infectious disease specialists. …

Instead of listening to America’s crooked medical talking-head imbeciles, all clawing their way to becoming part of the Biden—or, before that Trump’s—task force—or consultants to the corporate media—here is an aggregated opinion:

The grim forecast of a year or less comes from two-thirds of respondents, according to the People’s Vaccine Alliance, a coalition of organisations including Amnesty International, Oxfam, and UNAIDS, who carried out the survey of 77 scientists from 28 countries. Nearly one-third of the respondents indicated that the time-frame was likely nine months or less.

…“New mutations arise every day. Sometimes they find a niche that makes them more fit than their predecessors. These lucky variants could transmit more efficiently and potentially evade immune responses to previous strains,” said Gregg Gonsalves, associate professor of epidemiology at Yale University, in a statement.

For the evolutionary advantage—mutation—of a clever little RNA coil the experts blame the “vaccine hesitancy” of the population at large. Or, global, systemic racism: Not enough sharing by the developed world.

We vaccinate every year for the flu because of mutations, don’t we? Why would the clever SARS-CoV-2 be less efficient?

Correlation is not causation, but a person I love dearly had a stroke a few weeks after the vaccine. The individual was NOT AT RISK FOR A STROKE. WTF!

Trace Alex Berenson’s Socratic questions about the correlation of all the new, messenger-RNA technology vaccinations to strokes:

As surmised in this space, the Covid vaccines last as long as the virus’s next mutation.

Israel’s Netanyahoo, however, has floated the freaky idea of a six-monthly vaccine schedule:

Do they plan to intern or force the stuff into the resister community’s veins? Upon arriving in Canada, the newly arrived must submit to being corralled into a government-designated “hotel.” There is an exorbitant shakedown fee, too. The policy was instituted by Justin Trudeau, who is both despicable as he is deeply stupid.

Could they WACO resisters? Will WACO now become a verb? Oh, I forget: the kids don’t learn history, ancient or recent. It might teach them something.

Chris Cuomo (white) to Don Lemon (sepia-tinted): “I’m black on the inside“.

Woke Whites are tripping over themselves to be black. It’s called systemic racism: systemic anti-White racism.

Were not people like Rachel Dolezal driven to blackface by systemic anti-White racism? Indeed  they were.

America is not racist. In America, black is beautiful. To be black is to be more righteous, nobler; carry the heaviest historic baggage—heavier than the Holocaust and the Trail of Tears—and be encouraged to perpetually and publicly pick at those imagined, oozing injuries.

Many have assimilated the erroneous thinking about the “racism” construct.

I have written about 4 essays to refute the fallacies.

Political racism is, however, properly deconstructed in these columns:

‘Systemic Racism’ Or Systemic Rubbish?
Was The Cop’s Knee On George Floyd’s Neck ‘Racism’? No!
Ethnocidal ‘Critical Race Theory’ Is Upon Us Like White On Rice
Critical Racist Theory Robs And Rapes Reality

If the reading is hard, I’ve made a series of YouTube videos, which track closely with the essays:

Racism Is A Thought ‘Crime.’ Thought Crimes Are The Prerogative Of A Free People
https://youtu.be/CVyBLLmXVBk

UPDATE II (4/9): The same applies to politicians. Grow a backbone.

Don’t apologize, Ron Johnson. Don’t bow to the racialist hostage takers. Stand tall. We were all petrified BLM and Antifa would come to out neighborhoods. Still are! The Jan 6 crowd? Harmless to you and me. Speak for us, man!