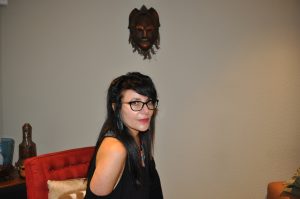 NEW COLUMN is “Kyle Goes To Kenosha: A Folk Hero Is Born.” The column appeared on Townhall.com, WND.COM, The Unz Review, American Renaissance, Newsroom For American And European Based Citizens. Check out the resistance out of East Europe.

You can now catch Kyle on American Greatness, the best paleoconservative webzine stateside, and London’s Quarterly Review, first established in 1809 by George Canning.

Having done an about face against rioting, the sanctimonious Don Lemon, at CNN, giggled and smirked his way through a segment about “racist” white suburbanites, who imagined any decent rioter would bother with their ugly abodes. Hey, racists, there is no Gucci merchandise where you bunk down, taunted CNN’s silly man.

Desperate, suddenly, to appear on the side of normies, the Fourth Estate is currently yearning for a Sister Souljah moment. Sister Souljah had expressed sympathy for the 1992 Los Angeles rioters. If only black people would turn to killing whites instead of one another, lamented that eponymous rapper.

Back then, Bill Clinton—a master politician, and a conservative by the standards of Democrats today—diffused her weasel words. Candidate Clinton called the rapper a racist as bad as David Duke. As a master of triangulation, he managed at once to appease whites (who mattered back then) without alienating black Americans.

And, unlike Anderson Cooper, Bill Clinton felt your pain.

Behold the puzzled look on Cooper’s bewildered face, as he is told by an ordinary, working American what it means to lose your life’s work to louts and looters. The silver-haired Mr. Cooper, also a CNN celebrity anchor, is the son of heiress Gloria Vanderbilt. He was born with a silver spoon in his mouth. Perhaps he cannot comprehend the concept of private property owners defending their modest residences and meager businesses given the fact that he grew up in a castle.

A Teen Rose To The Challenge
Not so Kyle Rittenhouse. Young Kyle went to Kenosha, Wisconsin, because he was never confused. He attempted to do the job politicians and police have refused to do. As the city’s mayor and the state’s governor watched Kenosha burn, Kyle confronted the enemies of the commonweal. Unlike the flaccid men of the media and in corridors of power, the 17-year-old rose to the challenge, firing only when he was prone and was being pounded by the feral fiends. …

… READ ON. NEW COLUMN is “Kyle Goes To Kenosha: A Folk Hero Is Born.” It is currently on Townhall.com, at WND.COM , The Unz Review,  American Renaissance , and Newsroom For American And European Based Citizens.

You can now catch Kyle on American Greatness, and London’s Quarterly Review.

I like Ilana Mercer’s work. She has a very unique style of writing which combines prose, sarcasm, humor, and seriousness. She is extremely intelligent, and she is an outstanding source on the havoc and chaos which have befallen South Africa since apartheid ended.

In reply to my young friend, Chris Watson: MY WORK DOESN’T CHANGE no matter where it is published! Were I to be published by storm-troopers, the message would still be 100 percent true. @OfficialCWATSON, your mind is not where it deserves to be. You’re better than this. Read my recent deconstruction of the term racism, CLOSELY.

“Was The Cop’s Knee On George Floyd’s Neck ‘Racism’? No!”

Next and last installment, next week.

Amren? Yikes. Are you sure these kinds of publications reflect the true spirit of your message, Miss Mercer?

Writes unfeminized • 40 minutes ago @theamgreatness, the foremost paleoconservative webzine stateside:
"Thank you for the brilliant insight of this article. Ilana for the pulitzer!" ?Not happening. Establishmentarians nominate themselves. https://t.co/LECNgI54iC

Face it. The US Constitution is a dead letter. The American Constitutional scheme—federalism—exists only in as much as to allow outlaws within and without government to hurt the law-abiding.

No other than Thomas Jefferson, an august constitutional authority if ever there was one, passed the 1807 Insurrection Act.

Jefferson stuck to his principles and in December of 1806 asked Congress to pass a bill “authorising the emploiment of the land or Naval forces of the US. in cases of insurrection.” This legislation, known as the Insurrection Act, would take another three months to become law.

Do it, Mr. President. Better late than never. Quell these bloody riots. Some skulls need cracking.

It was early in June that POTUS promised to protect American life, liberty and property forsaken, by invoking the 1807 Insurrection Act. Oh yes, “There’s this long tradition of” deploying the military to protect only countries the US invades, so this would be a departure from the imperial tradition.

Now, amid the razzmatazz of the Republican National Conference (RNC), being floated again is the idea of invoking the Insurrection Act to perform the negative duties of saving American lives and livelihoods. “Idea”? It’s more like a constitutional obligation hitherto ignored.

The police, whose first duty is to uphold the negative rights of the citizens, appear to believe they serve not the citizens but local mob bosses like Seattle’s mayor, Jenny Durkan, and her crooked police chief, Carmen Best. The latter, who seems to worry more about the weave on her head and eyelashes than about the working people of the city, commanded her compliant and cowardly police officers to desert their posts and the people they swore to protect.

More crucially, sanctimonious @DonLemon delighted in reminding viewers that justice was unfolding. He giggled & smirked at how racist suburbans were for imagining any decent #rioters would bother with their ugly houses. No #Gucci in the suburbs, implied @CNN's silly man. https://t.co/PgXsy0bUvU

NEW COLUMN is “Guess Which Surrender Monkey Won the Battle Of The Monuments?” It’s currently on WND.COM and The Unz Review.

Steve Hilton is a Briton who anchors a current-affairs show on Fox News.

Mr. Hilton made the following feeble, snowflake’s case for the removal of the nation’s historically offensive statues:

It’s offensive to our Africa-American neighbors to maintain statues in public places that cause not only offense, but real distress. And it is disrespectful to our native-American neighbors to glorify a man who they see as having committed genocide against their ancestors. None of this is to erase history. Put it all in a museum. Let’s remember it and learn from it.

Sons of the South—men and women, young and old—see their forebear as having died “in defense of the soil,” and not for slavery. Most Southerners were not slaveholders. All Southerners were sovereigntists, fighting a War for Southern Independence.

Hilton, it goes without saying, is a follower of the State-run Church of Lincoln. To the average TV dingbat, this means that Southern history comes courtesy of the likes of Doris Kearns Goodwin, a Lincoln idolater and the consummate court historian.

“Doris Kearns Goodwin,” explains professor Thomas J. DiLorenzo, the country’s chief Lincoln slayer, “is a museum quality specimen of a court historian, a pseudo-intellectual who is devoted to pulling the wool over the public’s eyes by portraying even the most immoral, corrupt and sleazy politicians as great, wise, and altruistic men.”

When Doris does the TV circuit, evangelizing for power, she never mentions, say, the close connection between her great Ulysses Grant and Hilton’s “native-American neighbors.”

… NEW COLUMN, “Guess Which Surrender Monkey Won the Battle Of The Monuments?“, is currently on WND.COM and The Unz Review.