IN OUR LATEST HARD TRUTH PODCAST, recorded at noon on election day, David and myself debate Donald Trump’s public attack on Ron DeSantis on the eve of the Midterm elections. I argue De Santis is a formidable figure for the 2024 Presidential race with the uncanny, practical ability to govern pragmatically in accordance with constitutional, first principles.

David argues that Trump is a formidable figure and that GOP voters could end up with a Trump/DeSantis joint ticket in 2024 and that would be the best of all worlds.

Turning to the great Climate con – COP 27 – hosted this year in Egypt, David expresses his frustration at the latest UK Prime Minister Rishi Sunak suggesting that events in Ukraine demonstrated the need to accelerate the rush to decarbonising our economies and hence returning us to the dark ages. Ilana points out that our current hydrocarbon energy sources are not only incredibly efficient but environmentally pristine and are the foundation for both global prosperity and environmental husbandry.

The Hard Truth podcast with David Vance and myself discusses DeSantis’ unique gifts vs. Trump’s.

WATCH: “Trump Trashes A Triumphant DeSantis – Gloves Coming Off; Climate Conference in Egypt; The Heat is On”: 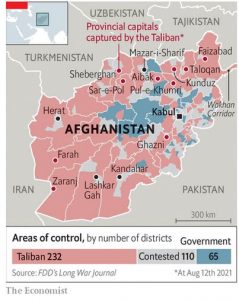 NEW COLUMN is “Losers: Markle And A Meritless McCain. Winner: The Queen.” It is now on WND.COM, The Unz Review and CNSNews.com.

Fancy that! A member of a meritless political dynasty, The McCains, has panned the duty-bound British monarchy.

There is a revolving door between Big Media, be it the neoliberal CNN or neocon Fox News, and members of the political duopoly. Whether practiced by the Left or the Right; this is indisputably immoral, and a conflict of interest.

At the conclusion of a wishy-washy Fox segment about the wanton Meghan Markle, the man who had married into the McCain dynasty declared:

“There is nothing more American than hating the British Crown.”

That’s a shallow stance at best. For, if forced to choose between the mob (democracy) and the monarchy, the latter is far preferable and benevolent. This thesis is anatomized in Democracy: The God that Failed: The Economics and Politics of Monarchy, Democracy, and Natural Order, by libertarian political philosopher Hans-Hermann Hoppe.

In his seminal work, Hoppe provides ample support—historical and analytical—for democracy’s inferiority as compared to monarchy:

‘… democracy has succeeded where monarchy only made a modest beginning: in the ultimate destruction of the natural elites. The fortunes of great families have dissipated, and their tradition of a culture of economic independence, intellectual farsightedness, and moral and spiritual leadership has been lost and forgotten. Rich men still exist today, but more frequently than not they owe their fortune now directly or indirectly to the state.’

“[I]n light of elementary economic theory, the conduct of government and the effects of government policy on civil society can be expected to be systematically different, depending on whether the government apparatus is owned privately or publicly,” explains Hoppe.

“From the viewpoint of those who prefer less exploitation over more and who value farsightedness and individual responsibility above shortsightedness and irresponsibility, the historic transition from monarchy to democracy represents not progress but civilizational decline.”

The raw, ripe, rule of the demos has diminished the queen, but has yet to destroy her. Queen Elizabeth might be a member of a landed aristocracy, much-maligned in radical America—but she has acquitted herself as would a natural aristocrat. …

… READ THE REST. NEW COLUMN is “Losers: Markle And A Meritless McCain. Winner: The Queen.” It is now on WND.COM, The Unz Review and CNSNews.com.

“Let me be clear. When I allude to the women of TV, I include those with the Y Chromosome.”—“TV Tarts: Cringe Factor Ad Infinitum, Part 2.“

Indeed, as ghastly as the TV tarts are (read about them here), TV’s “girly boys” give them a run for their money.

Arms and hands windmilling like any network woman, Chuck’s every sentence is prefaced with that most feminine of affectations, “I feel like.”

Mr. Todd’s pouty exclamations are complemented by wild gesticulating and a habit of swaying back-and-forward energetically in his little swivel chair.

Todd is easily able to take up an entire segment riffing about the audacity of not liking John McCain.

“So many of the Trump base think of McCain as a traitor,” Chuck pondered. “Can you believe it?” The point being that it is not the attack on a dead man that our “girly boy” condemns, but a difference of opinion about John McCain.