He’s eloquent, dour, ruthless; the embodiment of the Yankee, Radical Republicanism of the Reconstruction era. Lincoln Project founder Steve Schmidt is a GOPer establishmentarian who led a coalition to help elect Joe Biden!! Here he is, a DC sewer rat if ever there was one,  reaching out on Twitter to AOC, to show her his empathy for working-class men and women. Neither AOC or he has ever belonged to that class of Americans.

Schmidt, who has since defected to the Democrat Party, the Other Party of Treason, is the face of zeal. He even looks as fanatical as the Republicans pictured in “The Radical Republicans:  The ANTIFA of 1865.” 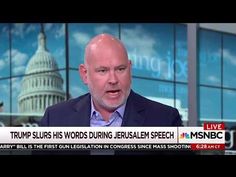 The thread that runs through TV debates among Schmidt and his ilk is the failure of the Grand Old Party (GOP) to stand up to Donald Trump. Unmentioned are the 74 million people, the Depolrables, who empower President Trump. These solipsistic, TV degenerates have simply disappeared or cancelled 74 million voters.

Bush-era operative Nicolle Wallace, now an anchor on MSNBC—thanks to the revolving door that is the DC-media-industrial complex—has not stopped castigating the GOP for standing by Trump. She seems oblivious to the fact that Trump is a conduit—he represents tens of millions of voting Americans, many of whom are to the right of him politically.

Another MSNBC regular, Donny Deutsch, a lefty business-cum-media man, hollered that “there are 50 million jerks in this country. We’re just going to have to accept it,” he yelled. Deutsch had found a way to dismiss Trump voters, having, at least, acknowledged we exist.

Ana Navaro (who’s had a dossier on my blog for years) is a deeply stupid woman and a former shill for Jeb Bush. Known for siring (see picture)—and 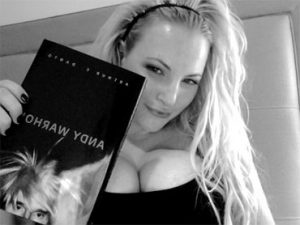 surrounding himself with—stupid women, John McCain had once employed the gaseous Navaro as his consultant. In addition to being a plain idiot, Navarro is a Republican identity politics activist (read anti-white activist), whose one line during the tumultuous Trump presidency and, in particular, in the lame-duck phase, has been to repeat that GOPers are afraid of the Trump tweets. That’s what goes for “analysis” on the American idiot’s lantern.

Trump’s base of supporters does not exist to the haughty bitch, Navarro. her family name (she’s the great-granddaughter of the 31st U.S. President). Hoover’s only other merit is that she’s not at all a bad interviewer on PBS’s “Firing Line.”

Appearing on CNN alone or with her Democrat sidekick, husband John Avlon, this progressive Republican has also been disgorging the same single line of “thought” for months, if not years:

“This ends not well for the GOP.  There will be a backlash for the GOP [for standing by Trump and his base and denying the election result.]” A backlash with who, Ms. Hoover? The intellectual and moral sink hole to which you and your friends belong? Funny thing: I thought a leader was supposed to listen to his constituents.

Avlon chimed in at the same time with this banality:

“Republicans should be moved by the national interest, not the party’s interests.” Like the Democrats, presumably.

Hoover at least did hint at the mammoth, not mere elephant, that’s in the room: that angry, 74-million strong base. So far, the Republicans are nervous about The Base. But for how long?