“Nothing completes a man and makes a man as a woman”

NEW COLUMN IS “Testosterone: Going… Going… Gone!. It is currently up on WND.COM, The Unz Review, The New American and on Townhall.com tonight (Oct. 8), where it is “trending”; American Greatness on Thursday.

The male hormonal horror show, as told on “Tucker Carlson Tonight,” is almost 2 decades old. It unfolded to very little fanfare in 2006. As this writer first divulged in her WND column “Manly No More,” the data came courtesy of Dr. Thomas Travison and colleagues at the New England Research Institutes in Watertown, Massachusetts.

American men are indeed losing the stuff that makes them macho.

Although the New York Times’ science and medicine reporter now mocks these findings—she likely does so because masculinity has, in the intervening years, been declared toxic and because Tucker refuses to let men be defanged.

More reliably, other researchers have implicated estrogen-mimicking chemicals, which leach into the environment from plastics (BPA). I had covered the pioneering work of Dr. Devra Davis on these xenoestrogens in my Canadian column, in 1999. On this front—the pox of plastics—men and women can expect nothing from Republican representatives, who still consider it a conservative creed to fill-the-oceans-with-plastics, kill-everything-that-moves-for-profit, and call on the Third World to be fruitful and multiply, so as to perpetuate this cycle of pillage and pollution.

Conspicuously absent from these reports are the effects on serum testosterone of changes in life experiences over time. These trends are, however, routinely tracked when discussing incidence of this or the other disease or deficiency in distaff America.

Thus, breast cancer is said to be associated with the modern woman’s propensity to delay or forfeit childbearing. Osteoporosis is exacerbated by women’s sedentary routines—they do less weight-bearing work than they used to. And so on.

It is very possible, even likely, that the feminization of society over the past 20 to 30 years is changing males, body and mind. It is very possible that the subliminal stress involved in sublimating one’s essential nature is producing less manly men. …

…READ ON. NEW COLUMN IS “Testosterone: Going… Going… Gone!, currently up on WND.COM, The Unz Review, The New American and scheduled to appear on Townhall.com tonight (Oct. 8); American Greatness on Thursday.

Thanks are owed to the good friend who introduced me to the genius of author Erik Larson.

I’m finishing up Thunderstruck, so am learning more about Marconi than my old man, a PhD RF (wireless) engineer, knows. I do appreciate now the magic and mystique of the rather rarefied field of wireless. In fact, I’m quite captivated by it.

Isaac’s Storm: A Man, a Time, and the Deadliest Hurricane in History is riveting—it taught me about the Galveston Hurricane, the most lethal natural disaster in US history, instantiating the arrogance of US climate scientists even in 1900. The state’s scientists dissed and cancelled (as in banned) the Cubans–who understood the science of hurricanes well before us–sacrificing about ten thousand souls.

I learned so much about the intrigue—and role of the British Empire, the Admiralty, in particular—in leading Lusitania, a luxury British passenger ship, right to the German, U-Boat assassins. The book is Dead Wake: The Last Crossing of the Lusitania.

And who knew Chicago had such uniquely problematic soil? Larson does! Just as he conveys a solid grip of wireless technology in Thunderstruck, or the science of hurricanes in Issac’s Storm, Larson goes into the geology of the city and the great architecture and architects of fin de siècle America, all in The Devil in the White City: Murder, Magic, and Madness at the Fair That Changed America. (George Washington Gale Ferris, Jr. wanted to best Gustave Eiffel, so he gave us the American version of  the Eiffel Tower, the Ferris wheel, which, during the 1893 World’s Columbian Exposition, carried up to … 2000 people. All new and wondrous to me.)

There are always parallel murder plots, where you learn about the mass murderer du jour or wife killer on the cross-Atlantic lam. These are made all the more suspenseful if you DO NOT GOOGLE them.

Larson weaves gorgeously written, multi-layered, primary-source based yarns about epic historic events. And he never visits the Internet for his research, but, rather, works in libraries and wherever rare artifacts and documents are stowed.

On LinkedIn, a variety of people keep propagating on my page with fluffy effusions about their writing careers. Having sampled a paragraph or two of these people’s “prose”—and then promptly unfollowed the particular umbrella association that represents them (us “writers”) and advances the careers of these scribblers—I would advise these producers of piss-poor prose, first to quit assaulting the eye. But if they wish to improve, study Larson: structure of plot and sentences, syntax, how he starts a sentence; his use of adjectives, how he builds tension.

Still, there should be a guild that pays most “budding” writers not to write.

UPDATED (9/23/022): One of our readers is a descendant of brave survivors of the 1900s Galveston Hurricane. What tough, admirable people American were. Many still are: MAGA.

Re: Galveston hurricane of 1900, my maternal grandfather's father and brother, who immigrated from Germany in 1886 through Galveston, survived the 'Great Storm' & then rescued people stranded on rooftops with a two-man rowboat. Over 8K died, 10K homeless.

About the lack of empirical evidence for so-called organic nature of “mental disease,” Tucker Carlson said TODAY, 07.25.22, (well, almost) what this column wrote first in 2002 and countless times since, in titles archived under Psychiatry and The Therapeutic State category:

“… Consider also that there is no credible, scientific, peer-reviewed evidence for the organic basis of aberrant behavior, and you grasp the chicanery that surrounds the claim that strange or bad conduct is caused by ‘chemical imbalances’ in the brain. …”

The more rigorous and honest clinicians will concede that drawing causal relationships between “mental illness” and “chemical imbalances” is impossible. That prescription medication often helps misbehaved or unhappy individuals is no proof that strange behavior is an organic disease. One can chemically castrate a pedophile. But does this demonstrate that molesting kids is an organic disease? Never. It proves only that chemical castration can at times reduce recidivism in people who have chosen to victimize children.

Clear analytical thinking is at the root of solid science, it precedes empiricism.

Roughly 75 percent of the value of “antidepressant” drugs is due to the placebo effect. And talk therapies—cognitive-behavioral therapy in particular—can have equal or better results. Veracity permits only that we limit our causal conclusions to saying that assorted treatment modalities sometimes help people with behavioral problems, nothing more.

My mentor, the great Dr. Thomas Szasz, wrote and proved all this analytically in the Myth of Mental illness, 1961. His books I studied at university, back when thought was taught. Both Tom Szasz and I lauded Tom Cruise when the actor attacked psychiatry so very cogently.

The psychiatric peanut gallery has blasted actor Tom Cruise for insisting correctly that there’s more voodoo to the profession than veracity. Cruise’s instincts are good: “Psychiatrists don’t have a test that can prove that a so-called mental illness is actually organic in origin, I wrote. Rigorous clinician —members of the Society for a Science of Clinical Psychology come to mind —concede that drawing causal connections between “mental illness” and “chemical imbalances” is impossible. That prescription medication often helps misbehaved or unhappy individuals is no proof that strange behavior is an organic disease —placebos or cognitive-behavioral therapy, for example, are as effective.

Tucker Carlson had summoned some limey, a quick-fix popularizer, to speak to these issues. 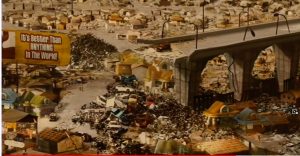 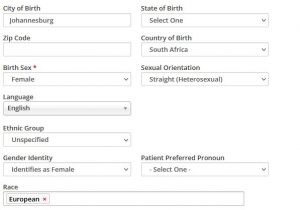