One of the biggest egos in an anchor’s chair at Fox New—she lives for the sound of her own voice—is Laura Ingraham. She generally monologues over her guests at length, and then informs them, “Hurry; you have 30 seconds to say your piece.” (a WND reader is on to her.) Although we’re living in grim times—the demented grin never leaves the face of zero-information Ingraham.

Almost as bad as Ingraham is Fox’s Jesse Watters. He absolutely blankets a guest’s input with his own self-important bloviation. The saving grace of Watters is that he is rather amusing.

Another strike, however, against Watters is that he was made BIG by Bill O’Reilly. O’Reilly kindly introduced Watters to viewers of “The Factor.” The younger man, however, has never publicly given O’Reilly credit, not least during the 25th anniversary celebrations of the network.

Watters, moreover, is not telling the truth when he says “The Five” was his first big gig on Fox News, as claimed. O’Reilly gave him a gig. Any gig on “The Factor” was big, because “The Factor” was huge. This makes Watters an ingrate.

UPDATED (11/16/021): Laura Ingraham can’t imagine or comprehend that a Netflix show called “You” is not about her.

This is a great clip of The Ego and Idiocy of Ms. Ingraham.

Actually Raimond Arroyo is the only person loud-mouth Laura ever lets talk without interruption.

NOW for something completely different—and uplifting.

The more clothed a society and the greater its social complexity — the more common kissing is. Makes sense: Kill the allure and mystery of modesty—and you kill the more subtle shows of affection, because everything else is already on display.

Since parrots are mentioned way too flippantly in this delightful BBC video clip, I’ll divulge that Oscar-Wood, Mercer parrot, is very evolved in his displays of affection. 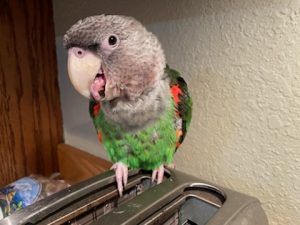 If “civilization is the progress toward a society of privacy,” in Ayn Rand’s magnificent words, then sexual exhibitionism – homosexual, heterosexual, and everything in-between – is anathema.

That’s the idea behind “An Effective Military Must Put Hets, Homos And Anything In-Between Back In The Closet,” now available as a video.

The “Hard Truth” broadcast, with David Vance and myself, is available in podcast and video, both, for your convenience, from our Podbean location. There you can also get our podcast app from the assorted app stores, so you can listen on the go. 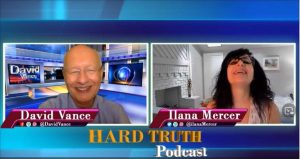 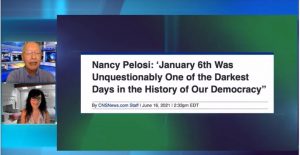