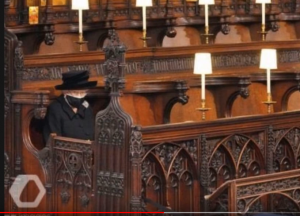 NEW COLUMN, “Rising Republican Rotters To Look Out For,” is now on WND and The Unz Review  and Townhall.com.

It is now a feature on American greatness:

The defining difference between Democrats and Republicans is this:

Republicans live on their political knees. They apologize and expiate for their principles, which are generally not unsound.

Democrats, conversely and admirably, stand tall for their core beliefs, as repugnant as these mostly are.

The Left most certainly didn’t rush forward to condemn the Black Lives Matter and Antifa riffraff, as they looted and killed their way across urban America, last year. Instead, Democrats defended the déclassé, criminal arm of their party. “Riots are the language of the unheard,” they preached, parroting MLK.

What of the trammels of despair that drove the Trump protesters of January 6? Trust too many Republicans—goody two-shoes, teacher’s-pet types all—to trip over one another in order to denounce that ragtag of disorganized renegades, the protesters aforementioned, who already have no chance in hell of receiving due process of law.

Consider Nancy Mace. With the dizzying speed of a whirling dervish, the Republican representative from South Carolina rushed to make a name for herself posing as a heroic “survivor” of January 6.

Following the incident on the Capitol, Mace quickly transformed herself into the young, go-to GOPer on the “hive media,” bad mouthing MAGA folks (to the likes of supercilious Don Lemon, of all people) at every turn, and generally making hay over … well, it was not over the pillaging and killings courtesy of the criminal class, acting now as the armed wing of the Democratic Party.

Shortly after the incident Democrats are likening to September 11, during a pit-stop on Fox News with the forgiving Martha MacCallum, miss congeniality attempted to redeem herself as a “constitutional conservative.”

Oh, and how Ms. Mace had suffered. You don’t know the half of it.

Having joined the Democrats in peddling her “harrowing” experience during the January 6 incident, Mace, a middle-class young woman, proceeded to use lefty language for political leverage, to describe her familial situation. For the purpose of self-aggrandizement and drama, Nancy kept calling herself a “single mother.”

A single mother is a term the Left, and now the thoroughly co-opted Right, has adopted to glorify unmarried mothers and fatherless “families.” It was meant to excise the father from the picture and undermine the nuclear family.

NEW COLUMN is “Rising Republican Rotters To Look Out For.” Read it on WND, The Unz Review , Townhall.com AND on American greatness.

Conservatives, like most Americans, have a short memory when it comes to bedrock principles. Duly, I dealt with Nancy Mace and her lefty “single mother” claim in this week’s column:

This writer objected quite politely in this piece:

Conservatives, like most Americans, have a short memory when it comes to bedrock principles. Duly, I dealt with #NancyMace and her lefty "single mother" claim here: https://t.co/LJCyASoHGr
This writer objected quite politely.https://t.co/MDrRr5yQF1

Most YouTube offerings are not worth watching. The speakers drone on forever, when the substantive essence of their words could be distilled in a single unoriginal paragraph. Moreover, YouTube consumes time. Reading text is so much quicker and thus more efficient.

Trust me, then, when I say that not one words is superfluous in Tucker Carlson’s address, now on YouTube, delivered to the youth of Turning Point USA.

I found myself uncharacteristically listening to it all, disagreeing only with his blind worship of the family, per se. The emphasis, rather, ought to be on happy, adaptive, loving and reciprocal relationships. Sometimes the loved ones you choose are more of a family than the loved ones you were born to.

Carlson’s message to his youthful audience was an extension of the wisdom shared on the Tucker Carlson Show (I paraphrase):

“There is more to life than just preserving it—life must be lived to the fullest.”

Life is short. Don’t waste time, reiterated Tucker, participate in it to the fullest. Do it now. Jump face first into the pool of life. Meaning comes from other people.

Digital distractions steal your life, he stressed. [I would add that, to the extent you have precious and worthy people in your life, you need to get as close as you can to them in a world defined by distance. Don’t type to them; talk to them and travel to see them.]

In a chat I recently had with Buck Johnson, I advised especially talented techies (who have options by virtue of their brilliance) to stay out of the corporate world. It will dull and deform your spirit, and devour the rest of you. If you can, pursue work as an independent contractor.

Likewise, Tucker encouraged conservative kids to opt out of popular society. In particular, if you believe that the system is a joke—don’t partake. Above all, do the thing to which you are naturally suited.

Described by a critic as “one of those rare movies you can say is perfect in every way,” “A Christmas Story,” directed by Bob Clark, debuted in 1983. Set in the 1940s, the film depicts a series of family vignettes through the eyes of 9-year-old Ralphie Parker, who yearns for that gift of all gifts: The Daisy Red Ryder BB gun.

This was boyhood before the Nerf gun and “bang-bang you’re dead” were banned; family life prior to “One Dad Two Dads Brown Dad Blue Dads,” and Christmas before Saint Nicholas was denounced for his whiteness, and “Merry Christmas” condemned for its exclusiveness.

If children could choose the family into which they were born, most would opt for the kind depicted in “A Christmas Story,” where mom is a happy homemaker, dad a devoted working stiff, and between them, they have zero repertoire of progressive psychobabble to rub together.

Although clearly adored, Ralphie is not encouraged to share his feelings at every turn. Nor is he, in the spirit of gender-neutral parenting, circa 2020, urged to act out like a girl if he’s feeling … girlie.

Instead, Ralphie is taught restraint and self-control. And horrors: The little boy even has his mouth washed out with soap and water for uttering the “F” expletive. “My personal preference was for Lux,” reveals Ralphie, “but I found Palmolive had a nice piquant, after-dinner flavor—heady but with just a touch of mellow smoothness.” Ralphie is, of course, guilt-tripped with stories about starving Biafrans when he refuses to finish his food.

The parenting practiced so successfully by Mr. and Mrs. Parker fails every progressive commandment. By today’s standards, the delightful, un-precocious protagonist of “A Christmas Story” would be doomed to a lifetime on the therapist’s chaise lounge—and certainly to daily doses of Ritalin …