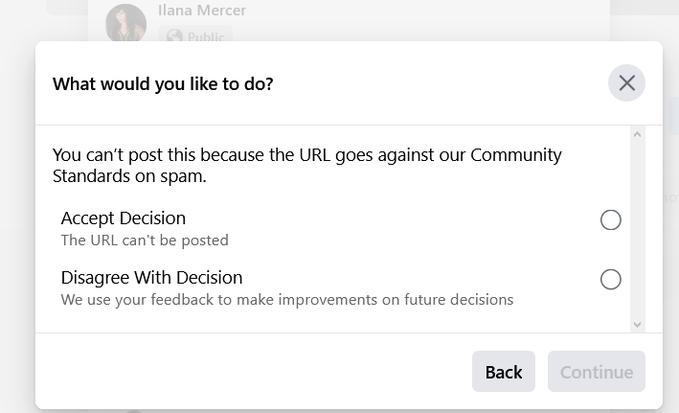 The other day on “Life, Liberty & Levin,” Ben Shapiro trashed, but absolutely rubbished, John C. Calhoun, one of America’s greatest political theorists, in the estimation of historian Clyde Wilson, editor of the John C. Calhoun papers, and the foremost scholar of Calhoun in our time. From what I’ve read of Calhoun’s works, I concur.

Especially magnificent is “A Disquisition on Government,” published in 1851, wherein Calhoun developed the profound idea of ‘two different modes in which the sense of the community may be taken.’ The one ‘regards numbers only.’ The other invokes an entirely different quality or dimension, over and above the ‘numbers.’”

I was inspired to apply Calhoun’s idea in “Has Trump Awakened John C. Calhoun’s Concurrent Majority?” The column is from the book, The Trump Revolution: The Donald’s Creative Destruction Deconstructed (June, 2016).

The more important point is logical. Ben Shapiro trashes Calhoun using the logic of the left—namely that a towering American intellectual and statesman held views considered improper to the American Idiocracy of the 21 Century.

As Professor Wilson has brilliantly written, “This is not historical debate. It is the propaganda trick of labeling something you do not like in order to control and suppress it. Such are those who want the war to be all about slavery—hateful, disdainful, ignorant, and unwilling to engage in honest discussion.”

Another fundamental flaw in Ben Shapiro’s decidedly Republican view of America, expressed on “Life Liberty & Levin,” is the idea that his party is the Good Party.

Libertarians (check) don’t have a bone in the bi-partisan fight, except to advocate for the truth. And the truth is that lot of pseudo-history rests on the deification of, say, the Radical Republicans.

Here is the truth with a caveat: “The Radical Republicans were far more vicious and barbaric than the Antifa. The Republicans supervised the genocide of some 60,000 Plains Indians from 1865 to 1890, led by General Sherman himself”:

Great comment, Daffy Duck, aka Dale @dalerooster
One more thing: As someone who reads biblical Hebrew and gets it, I am Daisy Duck if Ben Shapiro knows any serious Hebrew, as boasted. Maybe Pidgin Hebrew, i.e., the Americanized crap they speak in Israel, these days.

?Great comment, Daffy Duck, aka Dale @dalerooster. One more thing: As someone who reads biblical Hebrew and gets it, I am Daisy Duck if #BenShapiro knows any serious Hebrew, as boasted. Maybe Pidgin Hebrew, i.e., the Americanized crap they speak in Israel, these days. https://t.co/u9licF1Xyn

NEW COLUMN is “The Barbarians Are In Charge: Scenes From The Sacking of America.” It describes, among much else, what Seattle’s mayor, Jenny Durkan, calls a block party. There is such a “party” across the USA.

The column appeared on WND, the Unz Review, and The Saker. And is currently featured on American Greatness, where you can read it now.

On June 9, I tweeted out the following:

“Seattle’s East Precinct has fallen, as Police Chief Carmen Best orders Seattle Police to evacuate. The occupiers, aka the ‘peaceful protesters,’ declare victory. ‘They’ve given us the precinct,’ they boast. Not even in South Africa.”

A mere day on, and the City of Seattle was de facto occupied territory, fallen to the “peaceful protesters”—the same counterculture media darlings who’ve been sacking cities across America.

The altercation between Council Member Sawant and Seattle Mayor Jenny Durkan gives new meaning to the “broad” sweep of ideas in this dysfunctional city. Sawant, a socialist, called on Mayor Durkan, a progressive, to resign over abuse of power (what power?) and systemic racism (a meaningless abstraction). This, as the city was being sacked.

As of this writing, the Seattle Police have surrendered without defeat.

Seven blocks of downtown Seattle, renamed the “Capitol Hill Autonomous Zone” (CHAZ), have been appropriated by the Peaceful Ones, with the imprimatur of the mayor and her police chief (Carmen Best aforementioned). Now loosed on the public, these buccaneering  entrepreneurs are reported to have set up checkpoints to shake down residents who imagine they may come and go. Not in this satrapy.

On the positive side, Seattle now has that shithole-country vibrancy.

President of the Seattle Police Officers Guild, SPOG, penned an open letter to lunatic Mayor Durkan, pondering how he would fulfill his sworn oath of office to protect lives and property without so much as tear gas.

He got his answer. America did. Across the U.S., the message to law-abiding Americans, from city, town, county council members and other legislators came loud and clear: You’re on your own. Neither police nor politicians are coming to protect what’s left of your businesses or your banal, bourgeoisie little life.

Last I looked, there were 400,000 “guardian angels” in private security toiling to make up for the South African state’s failure to protect its people. Every year, millions in taxpayers’ money are forked out to private security firms to protect the new South Africa’s police stations. “South Africa’s protectors, in other words, can’t protect themselves.” Will Seattle’s neutered policemen be investigating this option? Is it time for them to cut the shafted taxpayers loose? Let us go private?

When all is said and done, the George Floyd riots are a law and order event. Nothing else matters in the overarching context of a failed state, in which ordered liberty is dead, and the law-abiding are utterly forsaken, even vilified.

Yes, victims are now villains and villains are martyrs.

Unbeknownst to Nikolas Fernandez, a gainfully employed security guard, the Capitol Hill district of Seattle now belongs to the “peaceful protesters.” Fernandez dared to drive down it, only to be mobbed by the barbarians and forced to shoot an attacker possessing of animal-like agility. Legacy media quickly turned the narrative on its head. Fernandez, whose brother is a policeman, had invaded “peaceful protester” turf. His attacker took a bullet for peace. The attacker is now a hero. …

READ THE REST …  NEW COLUMN is “The Barbarians Are In Charge: Scenes From The Sacking of America.” The column appeared on WND, the Unz Review, and The Saker. And is currently featured on American Greatness, where you can read it now.