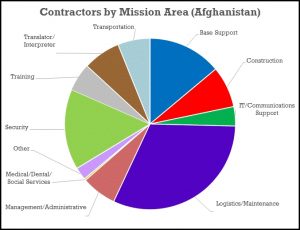 The image you see here shows “inside a U.S. Air Force C-17 plane that left Kabul for Qatar on Aug. 15 (Courtesy of Defense One).”

Media “reporting” on Afghanistan is not reporting, but, rather, an unremitting gush, in an effort to create a state of heightened sentimentality, sentiments of the right kind, of course. That involves a constant reference to the “American retreat from Saigon, Vietnam, in 1975.” Truly repulsive.

I see a special commendation in the future of the Empire’s Pilot, who made a decision to airlift more Afghanis—not Americans, mind you—than his C-17 (“workhorses of the airlift are four-engine Boeing C-17A Globemaster jets which combine excellent cargo capacity, long range and short-takeoff and landing capability“) would ordinarily carry.

The pilots initially thought 800 passengers were on board, according to an apparent audio clip from the flight, in a plane that can carry up to 164,900 pounds. “How many people are on your jet,” an unidentified person asks the flight. “800 people on your jet? Holy cow.”

“Make no mistake,” slobbers Forbes, “lifting six times more people than an aircraft is designed to seat is a heroic achievement of logistics, skill and sheer grit.”

Not that these inept journalists ask for an accounting—but reading between the lines, it is my impression that very few Americans—in the mere hundreds—have been airlifted to safety. I guess Americans are not quite as pushy.

Besides, while funded by Americans, the US military’s allegiances are global and humanitarian. Our soldiers are trained to be “a global force for good.” In 2009, that indeed was “the U.S. Navy’s recruiting slogan,” for a while.

The slogan was ditched then, but it is perfectly apropos now, since recruits are inculcated with a thoroughly cosmopolitan, even anti-American, sensibility.

By the sounds of it, very few Americans are on these flights.

A defense official said about 5,700 people, including about 250 Americans, were flown out of Kabul aboard 16 C-17 transport planes, guarded by a temporary U.S. military deployment that’s building to 6,000 troops. On each of the previous two days, about 2,000 people were airlifted.
Biden said 169 Americans had been brought to the airport from beyond its perimeter, but he provided no details.

The duopoly pundits seem thrilled that the US is bringing in plane loads of young, strong men, unburdened by women and children. The hallmark of a good immigrant my foot. #KabulEvacuation https://t.co/qSE4flyO92

When Iranian dissidents approach me on LinkedIn, I confess to ignoring them. They are invariably interventionist agitators, and I’m an avid, longtime non-interventionist, as you know.

Loud, banal, with a mad-woman’s tumbleweed hair; mouthing the kind of cliched ideas of which we have an abundance and get a load of incessantly in America from the most tiresome, troublesome #MeToo women—Masih Alinejad, Iranian-American “journalist,” is alleged to have been the object of a kidnapping plot by the Iranian mullahs.

However, I don’t believe the Iranians want her back. (Would you? She’s hardly a keeper.)  I don’t buy the whole hype around the alleged kidnapping plot hatched by Iranians. The FBI says so. Yes: Where have we heard that before without a shred of evidence!? (We go to wars based on the intelligence community’s habitual lies.)

She said she had been working with the Federal Bureau of Investigation since the agency approached her eight months ago with photographs taken by the plotters.

What do you know? This has been going on for a while. Well, it takes time (and funds) for the FBI to lay a trap.

This sounds like vintage FBI entrapment. Some low IQ Abduls are enticed by out-of-control FBI agents into committing a crime they had no intention of committing until approached.

The woman, Alinejad, is irksome, but she’s irrelevant in the American and Iranian grander scheme.

Just like they need to pick-up the scent and chase after Cuba, the neoconservative press and political establishment likes to push the idea that America—near bankrupt, financially and morally—needs to bestow freedom on Iran. Ludicrous.

Lift embargoes on both Iran and Cuba. Both are impoverished. And with respect to Iran, let the International Atomic Energy Agency do its job. (The IAEA is pretty good, and was spot on about Iraq!) The Europeans don’t want a nuclear Iran in their neighborhood. That’s the best we can do without destroying another country with hubris.

My first submission ever to an American news magazine was as a Canadian, in the early 2000s. What was visited upon me, on that occasion, shook me to the core.

I had been published by the Canadian Financial Post, a national newspaper, on the topic of intellectual property rights. Oh, the luxury of intellectual pursuit for the sake of it; these days, survival as free individuals is the pressing topic of the day.

Naturally, I credited scholarship galvanized in the making of my argument. And so, mentioned were Sir Arnold Plant, Tom G. Palmer and Stephan Kinsella, with whom I later collaborated in an IP symposium for the now-defunct Insight magazine.

The IP column submitted to the American Magazine was fielded by a well-known editor, a gate-keeper, who, in the unethical American model was both editor, writer and syndicated columnist. Still is.

Unethical, why? Because division of labor in our profession prevents corrupting conflict of interest. The latter always and everywhere gives rise to unethical conduct, all the more so given the grubby, ego-driven nature of journalism and journalists in America. With a few admirable exceptions (Townhall, American Greatness, CNSNews), almost all conservative editors also colonize their own editorial pages with their own copy.

Such opportunistic misconduct is zero-sum. The bad pushes out the good. In direct conflict with their mission, editors have the greatest incentive to keep talent off the pages, in-case it usurps theirs—and worse.

This particular editor-cum-writer-cum-syndicated columnist replied to my submission in the negative: My  piece (similar in “shoddiness” to “How Things Would Work In A Copyright Free Universe“) was just too shallow for his magazine. In other words, “Be gone with you lesser Canadian woman.”

My piece, however, was not too shallow for—wait for this—the American Editor’s syndicated column, where my column’s ideas cameoed in the United States under the dishonest man’s byline. Oh, yes. American Editor had excised smarty pants woman, seized upon her argument and her scrupulous citations of American scholars—and got himself a neat little column for his dry-as-dust syndicated slot.

Perhaps one day I shall name him, although to what avail, I don’t know. While it repulses me and I will not countenance it or be victim of it—unethical conduct doesn’t repulse many conservatives in the least.

I continue to be appalled afresh along this long and winding road (to conjure the pathos of the Beatles), and as the unfortunate topic of this week’s column attests.

Here’s the take-away lesson (as the kids like to say): Ecumenical submission to heavily promoted second-handers is not in me. When these second-handers pick the brains of longtime, marginalized, prolific, independent dissidents sans acknowledgement—they will be called out.

The new column is on WND.COM and The Unz Review, the staunchest defenders of my speech.

A bit of purity and inspiration amid a lot of moral ugliness:

The Beatles – The Long And Winding Road from Lennon-McCartney on Vimeo.

This from a new and devoted reader I “met” through Michelle Malkin’s “Sovereign Nation”. His language is so vivid and filled with passion about ethics and justice.

The following LINKS are for an excellent essay by Misses Ilana Mercer on ideas and their, not only origin, but the acknowledgement of credit where credit is due. And this is not a case of shallow egocentricity, of a blowing of one’s own horn, and at that, out of tune. It is something I imagine a number of you have come across; that which concerns one of the most vile forms of censorship. The DISPLACEMENT of a human being, by the dishonest pseudo-intellectual weakling, who subsequently RANSACKS his victim’s artistic-intellectual-scientific creation rendering it his own. The vomitory irony is that this dishonest action of cerebral faggotry is carried out by either one who has the power to bludgeon many a time the true creator into a living oblivion or is aided and abetted by those who’ve not any concern for the truth. Have no sympathy, their hearts are as cold as ice, and know not a beat of life. I am not preaching: they’re one degree of an evil hierarchy. Be forever courageous and take the ax of a woodman to this disease ridden tree.

What Misses Ilana Mercer has written is of a most profound importance, and always has been, with broad-spread consequences not just culturally, as in artistic production, but in all the dimensions of our lives, including the financial. I ask you all to think about this; truly contemplate it. Exactness and precision is called for to-day!